Skip to Main Content
It looks like you're using Internet Explorer 11 or older. This website works best with modern browsers such as the latest versions of Chrome, Firefox, Safari, and Edge. If you continue with this browser, you may see unexpected results.

Like most states, the district courts are split into Civil and Criminal divisions. There are 32 districts in Virginia and each has two basic courts: the General District Court and the Juvenile & Domestic Relations Court. These are courts of limited jurisdiction, meaning they are restricted in what kinds of cases they can hear.

There are Circuit Courts located in each City and County in Virginia that take cases outside of the District Courts' jurisdiction. The courts have jurisdiction (per Va. Code Ann. § 17.1-513) over:

Court of Appeals of Virginia

The Court of Appeals has eleven judges who generally sit in 3-judge panels to hear appeals from the lower courts. Like most appellate-level courts, it has some cases which it must hear and some that it can choose to hear. While appeals of criminal, traffic, concealed weapons permit, and certain preliminary rulings in felony cases are presented by a petition for appeal--which means the judges decide if they wish to hear the case--all other appeals to the Court of Appeals are a matter of right.

There are few matters that the Supreme Court has original jurisdiction over, meaning the case is sent directly to that court without having to go to a lower court first. Generally, cases involving judicial discipline, matters involving habeas corpus where detained persons can ask the Court to review if their detention is legal, writs of mandamus and prohibition to compel public officers to perform or stop performing their duties, and petitions asserting actual innocence where a person convicted of a crime has DNA evidence exonerating them, may go to the Court directly.

Records on Appeal in the Virginia Supreme Court 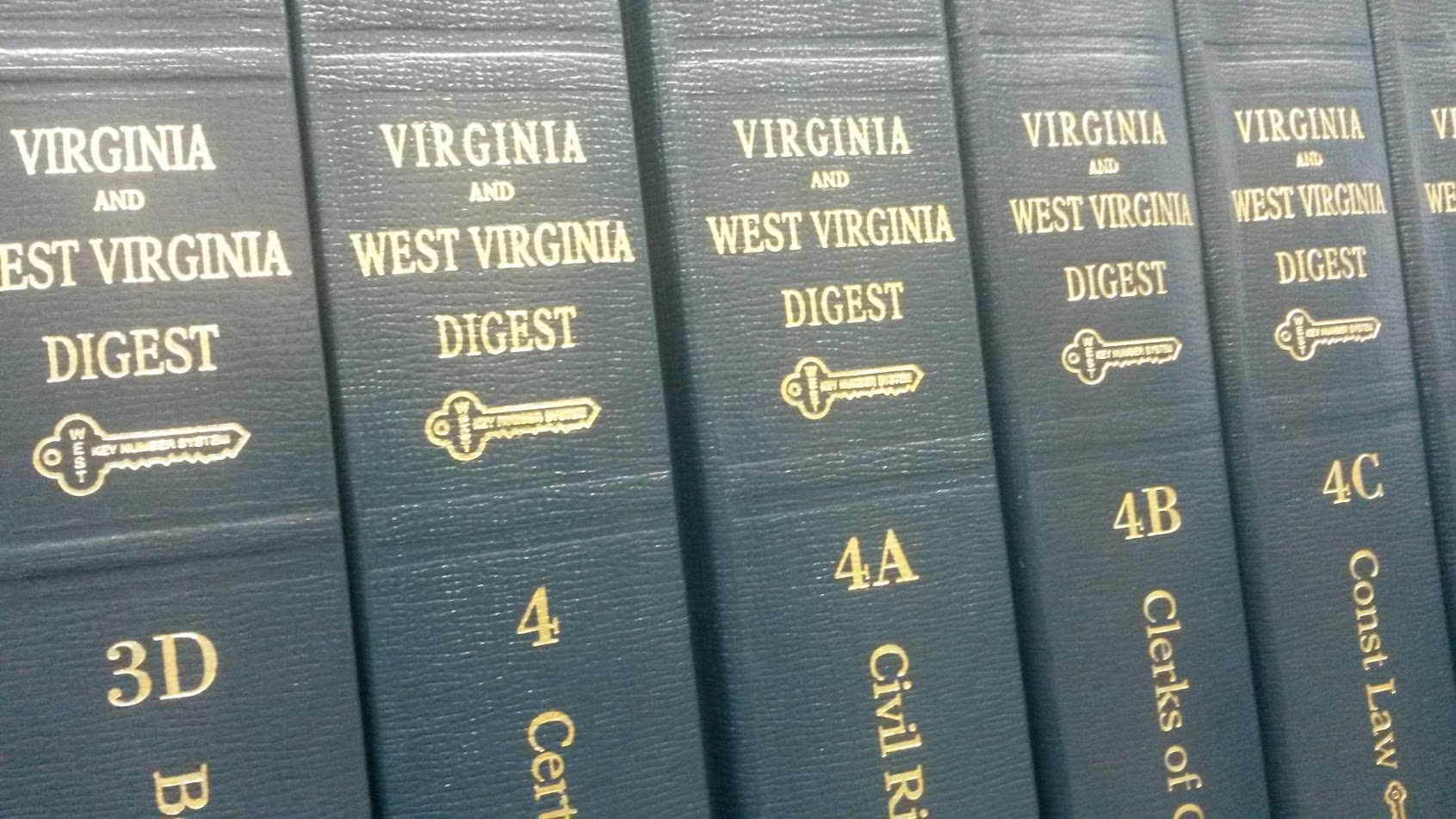 The reporters listed above collect opinions issued by the court chronologically. Each volume tends to collect the opinions from a particular year or session the court sat for.

Digests are usually organized for a specific jurisdiction - such as the Digest of Virginia and West Virginia published by West - then broken down into a series of topics for that region.