Skip to main content
It looks like you're using Internet Explorer 11 or older. This website works best with modern browsers such as the latest versions of Chrome, Firefox, Safari, and Edge. If you continue with this browser, you may see unexpected results.

An introduction to resources related to election and voting law 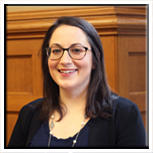 The United States Constitution serves as the framework under which other election and voting laws operate.

The U.S. Electoral College maintains a website on, "Presidential Election Laws" which includes provisions of the Constitution structuring the Electoral College's role in the election process.

In September of 2014, OLRC reorganized the provisions related to voting and elections, creating Title 52, Voting and Elections. For more information about this change, see the OLRC website, "Editorial Reclassification: Title 52, United States Code.".

Cases play an important role in elections and voting law at the state and federal level. You can located caselaw related to election and voting law the same places you locate other caselaw, including Lexis, Westlaw, and Bloomberg Law. See selected topic pages for additional specialized caselaw resources.

Congress.gov is the official website for U.S. federal legislative information. Congress.gov coverage of bills begins in 1973, with full bill text beginning in 1993. Congress.gov categorizes legislation into policy areas and legislative subjects. For example, a search of the legislative subject "Elections, voting, political campaign regulation" will return a list of bills that can then be filtered by additional criteria. To filter by facets, such as Congress and Status of Legislation, use the tool along the left-hand side of the results' list.

We have access to a wide variety of resources on election and voting law through secondary sources in Lexis and Westlaw, the Law Journal Library on HeinOnline, and in print in the Law Library (see selected items, below). Boatright Library has extensive resources on political and historical aspects of voting and elections.