Skip to Main Content
It looks like you're using Internet Explorer 11 or older. This website works best with modern browsers such as the latest versions of Chrome, Firefox, Safari, and Edge. If you continue with this browser, you may see unexpected results.

The Life and Times of T.C. Williams

A guide to offer some insight into Thomas C. Williams, Sr. for whom the law school is named. 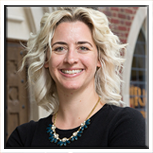 Williams, who graduated before his eighteenth birthday, became a member of the Board of Trustees of Richmond College in 1881. He served as a trustee until 1889. In 1890, the family of T.C. Williams, Sr. gave a twenty-five thousand dollar endowment to the University to create the T.C. Williams Professorship of Law. The gift ended an eight year suspension of operations for the law school and it reopened. In 1920, the school was named in honor of T.C. Williams.

Links for Research and Reference